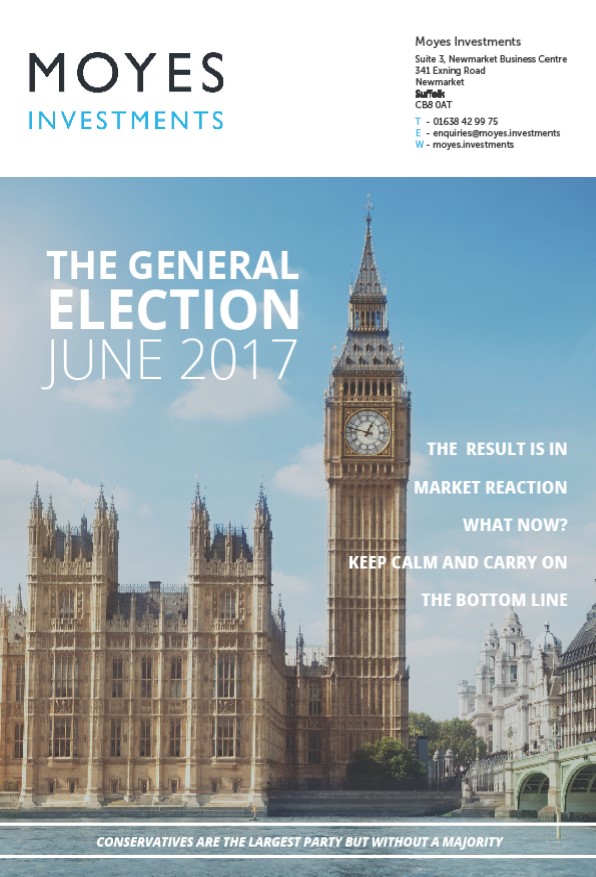 CONSERVATIVES ARE THE LARGEST PARTY BUT WITHOUT A MAJORITY

The Result Is In

After seven weeks of campaigning and two electioneering suspensions, due to the tragic Manchester and London terror attacks, the jury – in the form of the electorate – has delivered its verdict.

After a tense night, the Conservative Party has emerged as the largest party, however they have failed to reach the magic 326 seat mark which would give them a majority. Theresa May’s gamble has not paid off, this general election has failed to deliver the decisive outcome she had hoped for when she called the snap election on 18 April. Without a working majority, we’ve got a hung parliament.

In a night that saw the Conservatives lose seats and squander the huge 22 point lead they had going into the election campaign, Labour managed to obtain around 40% of the vote. The Labour Party leader, Jeremy Corbyn, has called for Theresa May to “make way” for a government that would be “truly representative of the people of this country”.

There were, inevitably, immediate suggestions that Theresa May should resign, even from within her own party. Her initial reaction was one of defiance, though she did say: “At this time more than anything else, this country needs a period of stability.”

Later on Friday, it was announced that Theresa May would visit Buckingham Palace to seek permission to form a UK government. It is understood that she is hoping that the Democratic Unionist Party will support her minority administration.

The Liberal Democrats polled over 7% of the votes, and gained a handful of seats but ex-leader Nick Clegg lost his seat in Sheffield Hallam.

It was a bad night for the Scottish National Party, led by Nicola Sturgeon, losing 21 seats including Alex Salmond’s. It was also a disastrous night for Paul Nuttall and his UKIP party, losing their only seat. He subsequently resigned as leader.

Voter turnout was up about 2.5 percentage points on 2015. In some constituencies, it was up by more than 5%.

In the weeks running up to the election, geopolitical uncertainty continued to occupy the minds of investors. Sterling weakness continued as polls showed a shrinking lead for the Conservatives. UK data has been mixed, however the FTSE 100 has performed well of late due to the Sterling downturn, peaking on 26 May on a record high of 7,547.63. The FTSE 100 matched this all-time high, closing 2 June on 7,547.63 also. On the afternoon of the election, it closed down at 7,449 – a three week low. The FTSE 250 closed up at 19,743.

On Friday, in the wake of the result, the FTSE 100 opened higher and Sterling fell. The more domestically-focused FTSE 250 opened slightly down.

A hung parliament is another uncertain scenario ahead of Brexit negotiations. Whilst stock markets like continuity and stability, this result provides neither.

There were, inevitably, immediate suggestions that Theresa May should resign, even from within her own party. Her initial reaction was one of defiance, though she did say: “At this time more than anything else, this country needs a period of stability.”

Theresa May called this election on the premise of gaining a stronger hand in Brexit negotiations. She has been dramatically unsuccessful in achieving this. What we do know is that the clock is ticking. EU chief negotiator, Michel Barnier, has scheduled 19 June for the first formal day of talks with Britain about its withdrawal from the EU, in what are being billed as the most important negotiations in the country’s history.

Theresa May seems to have decided to try to act decisively and to form a minority government. The alternative was a period of public and private discussions and negotiations, which couldn’t have gone on indefinitely. It took five days to put the coalition together in 2010. History shows us that minority governments have not tended to last very long, so the political future is unclear.

According to the Cabinet Manual, the closest thing we possess to a rule book, as incumbent Prime Minister, Theresa May is entitled to remain in office until Parliament meets, then she must ask MPs to approve the Queen’s Speech. Parliament is expected to meet for the first time after the election on Tuesday, 13 June.

Keep Calm and Carry On

In times of uncertainty, political and otherwise, investors may feel concerned about the impact of such major events on their investments. It can be challenging to look through the political noise. However, it is essential to consider longer-term timescales instead of focussing too intently on short-term events.

Financial advice is key, so please don’t hesitate to get in contact with any questions or concerns you may have.

Whichever way you voted on 8 June, a few things are very clear. The country is divided.

Instead of, as was expected, the focus turning to Brexit, we are faced with political intrigue and jockeying for position – by parties and individuals. This adds a layer of complexity ahead of the imminent Brexit talks.

What we do know is that the clock is ticking. EU chief negotiator, Michel Barnier, has scheduled 19 June for the first formal day of talks with Britain about its withdrawal from the EU, in what are being billed as the most important negotiations in the country’s history.

“Whatever the results are, the Conservative party will ensure that we fulfil our duty in ensuring that stability, so that we can all, as one country go forward together.” Theresa May

“If there is a message from tonight’s results it is this. The Prime Minister called this election because she wanted a mandate. Well the mandate she has got is lost Conservative seats, lost votes, lost support and lost confidence.”  Jeremy Corbyn

“The fact is this election… it’s going to be judged as possibly the most catastrophic mistake, strategic call that a political leader has made.” Alastair Campbell

“We have a situation now where, hopefully, maybe, politicians may learn that calling referendums and general elections to suit your party rather than suiting the country is something to be avoided.”  Tim Farron

“We’re going to be in a very, very unstable hung parliament, if this is correct there will be a second election soon.”  Ed Balls

“It’s obviously been…a catastrophic night for her and very bad for the Conservatives.”. George Osborne

“We’ve got some reflection to do.”   Nicola Sturgeon

It is important to take professional advice before making any decision relating to your personal finances. Information within this document is based on our current understanding of taxation and can be subject to change in future. It does not provide individual tailored investment advice and is for guidance only. Some rules may vary in different parts of the UK; please ask for details. We cannot assume legal liability for any errors or omissions it might contain. Levels and bases of, and reliefs from, taxation are those currently applying or proposed and are subject to change; their value depends on the individual circumstances of the investor.

Plesae contact us on 01638 429975 if you have any questions regarding your finances.