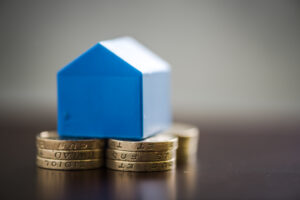 If yesterday’s budget was a weather forecast it would probably be “Quite dull with occasional sunny outbreaks.” It was the second budget of the year and, as sequels go, more a ‘Hangover Part II’ than an ‘Empire Strikes Back’, but Chancellor of the Exchequer Philip Hammond did deliver some welcome news to prospective home buyers when he announced that stamp duty for all first-time buyer purchases up to £300,000 is to be abolished immediately. To assist those who live in more expensive areas, the first £300,000 of a £500,000 first-time house purchase will be exempt from stamp duty, with the remaining £200,000 incurring 5%.

According to Mr Hammond, this means that 95% of first-time buyers will see their stamp duty cut, with 80% not paying any stamp duty at all. “This is our plan to deliver on the pledge we have made to the next generation that the dream of home ownership will become a reality in this country once again,” Mr Hammond declared, although the Office for Budget Responsibility (OBR) remains a little less optimistic. They estimate that the change in law will only result in an additional 3500 first-time buyer purchases.

The reduction has instantly come into force across England, Wales and Northern Ireland, although when stamp duty is devolved to Wales in April 2018 the Welsh government may decide not to continue with the change. Scotland has an independent system of land tax so is unaffected.

The Chancellor also promised a big focus on housing, including an injection of £44bn in government support to boost supply. The government insists it is still on course to meet its target of building 300,000 new homes a year by 2025.

The Chancellor also expressed hope for the homeless during his budget speech, stating the government will invest £28m in three new ‘Housing First’ pilots in the West Midlands, Manchester and Liverpool. He said that it is “unacceptable that in 21st century Britain there are people sleeping on the street” and that it “cannot be right” that so many properties are standing empty when “so many people are desperate for a place to live.” In a bid to tackle that problem, he stated that local authorities will now have the power to charge a 100% council tax premium on empty properties. Previously, they have only been able to charge home owners and landlords up to 50% extra council tax if their property has stood empty for two years or more.

The Chancellor’s other surprises included a tweaking of the controversial Universal Credit benefits system, although his pledge to spend £1.5bn to solve the beleaguered reform’s problems has met with a vociferous backlash from sceptics. Labour leader Jeremy Corbyn’s response was characteristically to the point: “I say to the Chancellor again, put this system on hold so it can be fixed and keep one million of our children out of poverty,” he said.

In slightly more positive news, Mr Hammond did confirm a further increase in the National Living Wage. From April 2018 it will rise 4.4% from £7.50 an hour to £7.83, resulting in an extra £600 per annum for full-time workers. He also announced that the tax-free personal allowance will rise by £350 to £11,850 while the threshold for paying the 40 per cent tax rate will increase from £45,000 to £46,350, calculating that a basic rate tax payer would be £1,075 a year better off as a result of this initiative. However, analysts have countered that the increase in personal allowance is only in line with inflation, so the Chancellor’s move is “less generous than some may think”.

The ongoing Brexit debacle also got a mention, with an additional £3bn being set aside to prepare the UK for every eventuality as we prepare to leave the European Union.

Finally, the Chancellor confirmed that April will also see a 3% rise in the state pension, amounting to an extra £3.65 a week. This is, as usual, in line with inflation. The good news is that at Moyes we can look at your state and private pension funds and advise ways in which they can work best for you.

We understand how fragile the national and global economic future can be, but our in-house Discretionary Management qualifications ensures we are ready to react to markets more rapidly. Call us on 01638 429975 or email [email protected] to discuss the optimal strategies that will make your money work harder for you.